It’s Your Fundamental Right-To-Way Across The Earth.

The Revised Statute 2477 Right Of Way is a human right granted by the U.S. Congress in 1865. It recognizes the fundamental right to travel across the Earth over unclaimed land. Part of the Mining Act of 1865, it allowed the construction of roads, trails, bridges, canals, railroads, and other recognizable paths known as “Highways.”

“For The Construction of Highways”

Construction of an RS 2477 highway was established by repeatedly using the same path over the earth until a visible way was created. The courts have ruled that animal trails, foot paths, bridleways, and other recognizable paths fall under the term “highway” and are RS 2477 rights-of-way.

“Over Public Land, Not Reserved For Public Use,”

RS 2477 was a grant that was authorized upon the passage of The Mining Act of 1865. It did not require authorization, documentation, or recognition of any kind.

How is Revised Statute 2477 a human right?

Rights are reserved in the inherent nature of a Right-Of-Way.

The Blacks Law Dictionary defines a Right-Of-Way as the following:

“The right of passage or of way is a servitude imposed by law or by convention, and by virtue of which one has a right to pass on foot, or horseback, or in a vehicle, to drive beasts of burden or carts, through the estate of another.”

The first right-of-way laws were enacted by the Continental Congress in 1777 regarding railroads and navigable rivers in response to King George III declaration of Proclamation Line. In 1785, the Land Ordinance was enacted and established the Public Land Survey System, and a mechanism to dispose of newly acquired western lands. It wasn’t until the Reconstruction Era that RS 2477 became law.

In response to state laws that prohibited land use rights to newly freed slaves, multiple mining and homestead laws were enacted to encouraging western expansion from poor Colonists and newly freed slaves. Among those laws was the Mining Act of 1865 from Senator William Morris Stewart from Nevada.

Senator Stewart was a mining legend, and a fearless man who served as governor of California before serving 29 years in the US Congress representing Nevada. He spent his entire adult life as a lawyer litigating mining disputes and developed the first mining laws during his governorship of California. He was a fundamental contributor to the Reconstruction Era as the author of the 15th Amendment to the US Constitution.

FLPMA repealed the original RS 2477 statute. However, three separate sections of FLPMA declare that Revised Statute 2477 rights-of-way shall not be terminated, and all actions by the secretary shall be subject to these rights.

“Nothing in this Act, or in any amendment made by this Act, shall be construed as terminating any valid lease, permit, patent, right-of-way, or other land use right or authorization existing on the date of approval of this act.”

“All actions by the Secretary concerned under this Act shall be subject to valid existing rights.”

“Nothing in this title shall have the effect of terminating any right-of-way or right-of-use heretofore issued, granted, or permitted.”

Become an expert on RS 2477 Rights Of Way 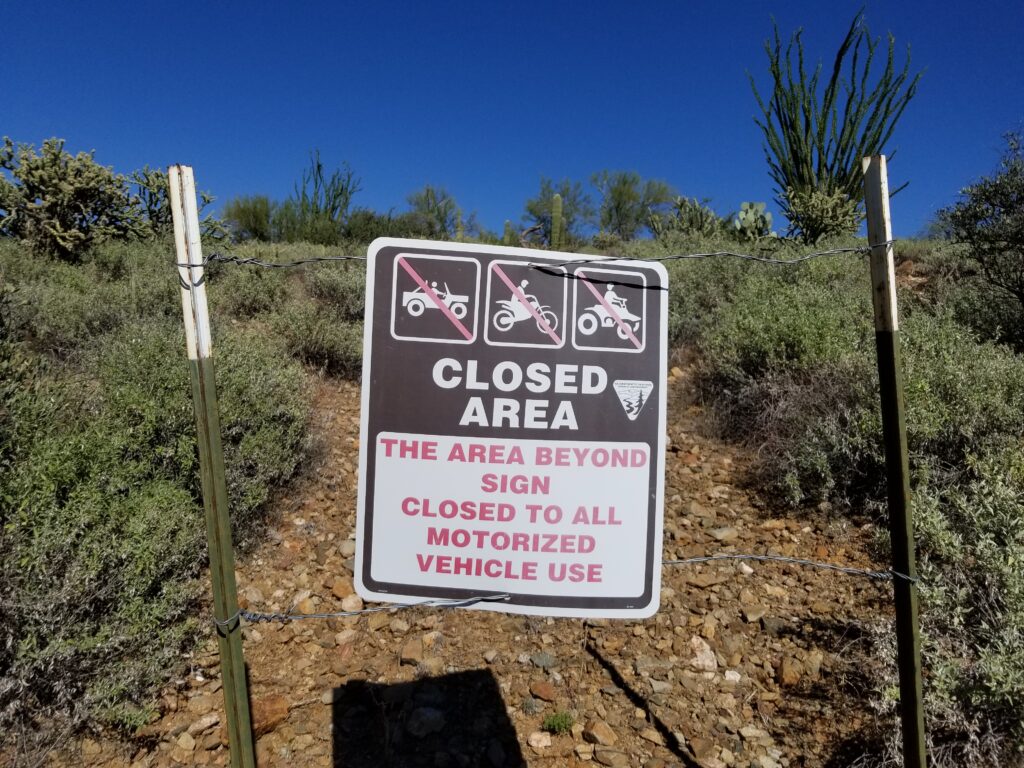 Yeah, we are too. That’s why we have compiled the most comprehensive collection of Revised Statute 2477 right of way information in the United States. This information will provide pro motorized access advocacy groups, local politicians, and individuals the knowledge and citations needed to assert the right to way.

1865 – The Mining Act of 1865 is written and introduced by Senator William M. Stewart from Nevada.

Senate Bill 16 – Proposed Amendment to the Mining Act of 1865

1870 – An amendment is proposed to grant special rights for the Comstock in California.

1870 – The founder of The Mining Act of 1865 opposes the proposed amendment and provides valuable insight into the legislative intent of RS 2477.

1976 – The Federal Land Policy Management Act, otherwise known as the BLM Organic Act, established the Bureau of Land Management multiple use mandate and repealed the Mining Act of 1865.

1995 – The RS 2477 Settlement Act was introduced to settle disputes between the states and the Federal Government concerning RS 2477 roads, but failed to become law.

1992-1997 – The US Congress include prohibitions in the anual Approrations Act to prohibit federal agentcies from establishing any rule or regulation pertaining to the validity, recognition or managment of RS 2477 rights-of-way without the express authorization of the US Congress.

1997 – The Comptroller General issued an opinion that made section 108 of the Omnibus Consolidated Appropreations Act permanent law.

2003 – The Government Accounting Office issued a second opinon re-enforcing Decision B-277719 concerning a memorrandum of understanding between the State of Utah and the Bureau of Land Management.

Revised Statute 2477 applies to private property if the right-of-way existed before the original land patent was issued by the General Land Office.

Federal Legislative Jurisdiction gives the federal government the authority to execute Judicial and Executive powers within a state. The US Constitution limits federal legislative jurisdiction to lands ceded by an act of the state legislature.

It is essential to become familiar with Revised Statue 2477.

The Federal Land Policy Management Act allows the Secretary to issue a Recordable Disclaimer of Interest in Land that forfiets the federal governments interest in the right-of-way.

USA VS Garfield County, otherwise known as the Burr Trail, set the current precedent for RS 2477. This section covers the key documents of the case.